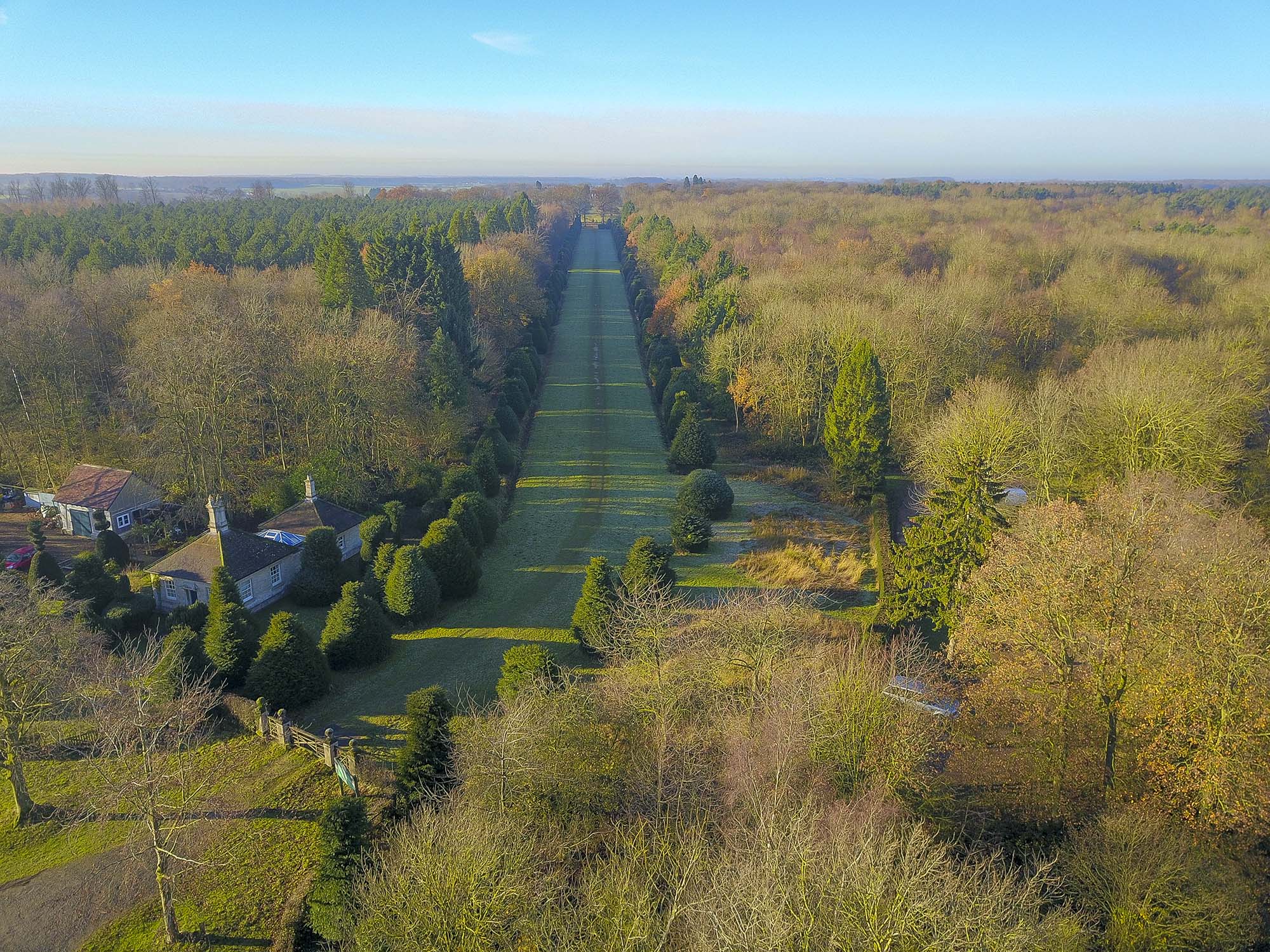 Clipsham’s once remarkable Yew Tree Avenue has seen better days. But thankfully, 2019 will be the year that the 200-year old trees are restored to their former glory by a new charitable trust who are raising funds to ensure the 150 trees are maintained for generations to come…

Keen gardeners know what demands are placed upon them to ensure their gardens retain an immaculate look. They’re all too acutely aware that even taking their eye off the ball for a week or two means plenty of catching up to be done.

Imagine, though, rescuing a site from four years of neglect and imagine if the site in question was a once-nationally renowned display of remarkable topiary. Clipsham’s Yew Tree Avenue once formed part of the main driveway up to Clipsham Hall, the family seat of the Davenport-Handley family.

In recent years the future condition of the site has been put at risk from a perfect storm of shrinking budgets and swelling tomes of ‘elf and safety diktats plus funding cuts which has meant their upkeep has become an increasing burden to The Forestry Commission, who were charged with keeping the site, with its half mile of yew trees, looking neat.

In summer 2018 though, a new group was formed – the Clipsham Yew Tree Avenue Trust – headed up by Dr Patrick Candler, Sue Thomas and Cliff Bacon to look after the site in the future and to raise the £15,000-£20,000 a year necessary to take care of the historic trees and ensure the topiary work retains its shape.

“At one time hailed as a top attraction in Rutland, it brought visitors to the area from all over the country,” says Cliff. “Yew Tree Avenue was first designed by Amos Alexander who asked his then employer, John Davenport-Handley, if they could make the Avenue more interesting by clipping patterns and depictions of local people into the trees. It was agreed that each tree must be different, and each tree should show events and people of interest.”

“Thus, The Queen was represented in each of her Jubilees and the tops of each tree were made into the shapes of various birds and animals. One important event after another was depicted, like in 1969, when Neil Armstrong was immortalised not just as the first man on the moon, but as the first man in yew, too – one small step for man, one giant leap for topiary – or when Rutland gained its independence from Leicestershire.”

From the 1870s until 1955, the site was owned by Clipsham Hall, until The Forestry Commission undertook their maintenance and David Davenport-Handley leased the site to the organisation via a 999-year agreement.

Up until 2011 the trees were kept clipped by the Commission, and the site’s sides were responsibly mown, too. But with costs rising for the huge undertaking of the work, which involves cherry-pickers, powered clippers and other risky equipment, the financial cost, logistics and the health & safety burden incumbent on the Commission meant they could no longer keep the site – which generates no revenue from tourists – looking good.

However, with the formation of the charitable trust last year, working under its chair Dr Patrick Candler – CEO of Sherwood Forest Trust – the group now hopes they can restore the site to former glory over the course of the next few years… but a few years is certainly what it’ll take, both because of funding implications and for arboricultural reasons too.

“The costs for maintaining the yew trees alone will run to around £15,000, and in addition to that the trust is seeking funding for much-needed maintenance of the rides, work to restore the Grade II listed gates, maintenance to other trees on the site as well as filling in pot holes in the car park.”

“We’re making a LEADER grant application for funding which will enable us to deliver the work schedule we’ve created not just in 2019, but over the next few years too. Almost all of the yews have grown out and faded to the point that the motifs are no longer distinctly visible, but because you can only cut back a certain amount during remedial work, the trees will have to gradually be trained back over the course of several years.”

“We’re also establishing a Friends of  Yew Tree Avenue Association so that a constant source of funding and of volunteers, too, can be ensured so that our efforts aren’t just a single course of works, but facilitate the ongoing maintenance of the site.”

Because clipping of the trees requires specialist equipment and training, volunteers are sought for ground works rather than work on the trees themselves, but there’s plenty to do on site from litter picking to scything away excess grasses from the rides.

Clipsham’s Yew Tree Avenue isn’t a site that can be monetised easily. It’s also a peaceful contemplative site to visit, so the Trust says that it doesn’t want to create scores of events or interpretation on the site and would rather reserve its tranquil character.

Nonetheless, lack of maintenance over the course of several years has left the site with remedial work to be completed both because of the way the trees have been grown out, and with the incursion of animals like muntjac deer, who have munched some of the topiary out of shape.

“One fortunate factor on our side, though is the photographic records that we have access to, which will facilitate us being able to have a good record as to what each tree should look like. It’s a beautiful site, and something Rutland can and should be proud of,” says Cliff. “Once we’re established, we hope to be able to restore the avenue to its former glory.”

Visit The Clipsham Yew Tree Avenue Trust on its website if you can pledge funds of help in a practical way with the trees’ restoration, www.yewtreeavenue.co.uk. 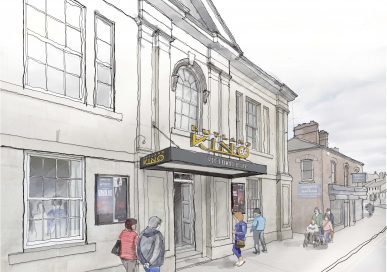 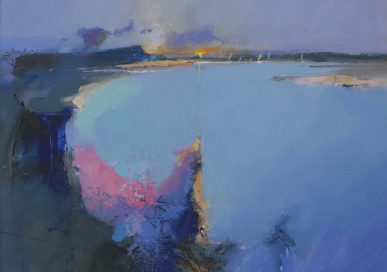 Art in Rutland and Stamford 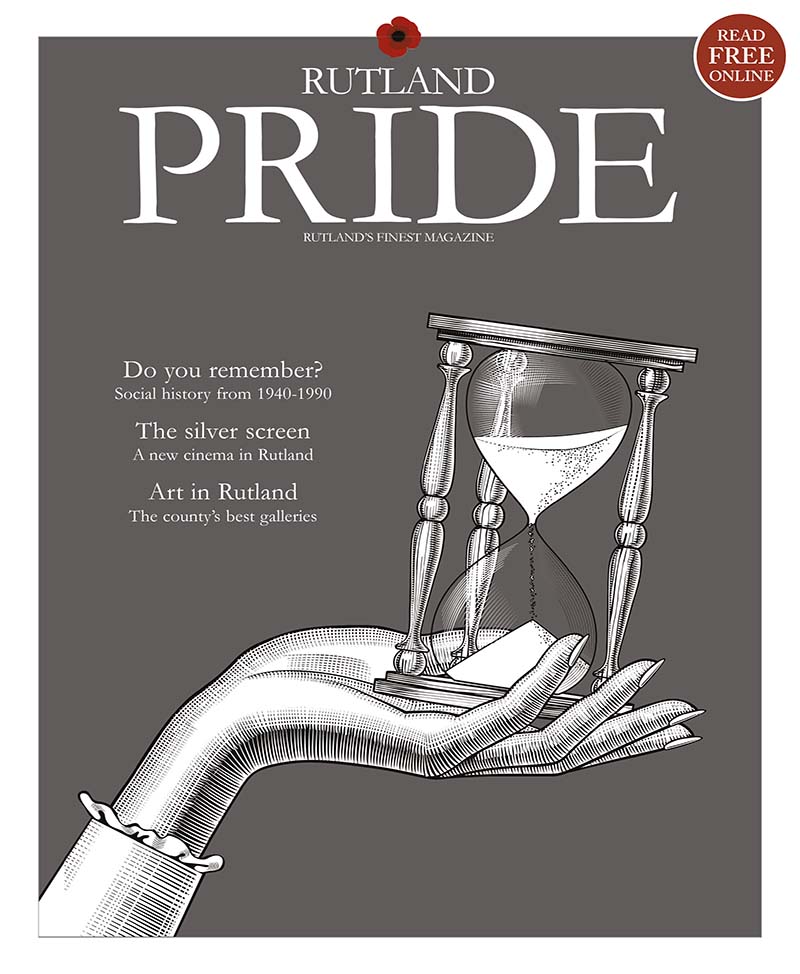