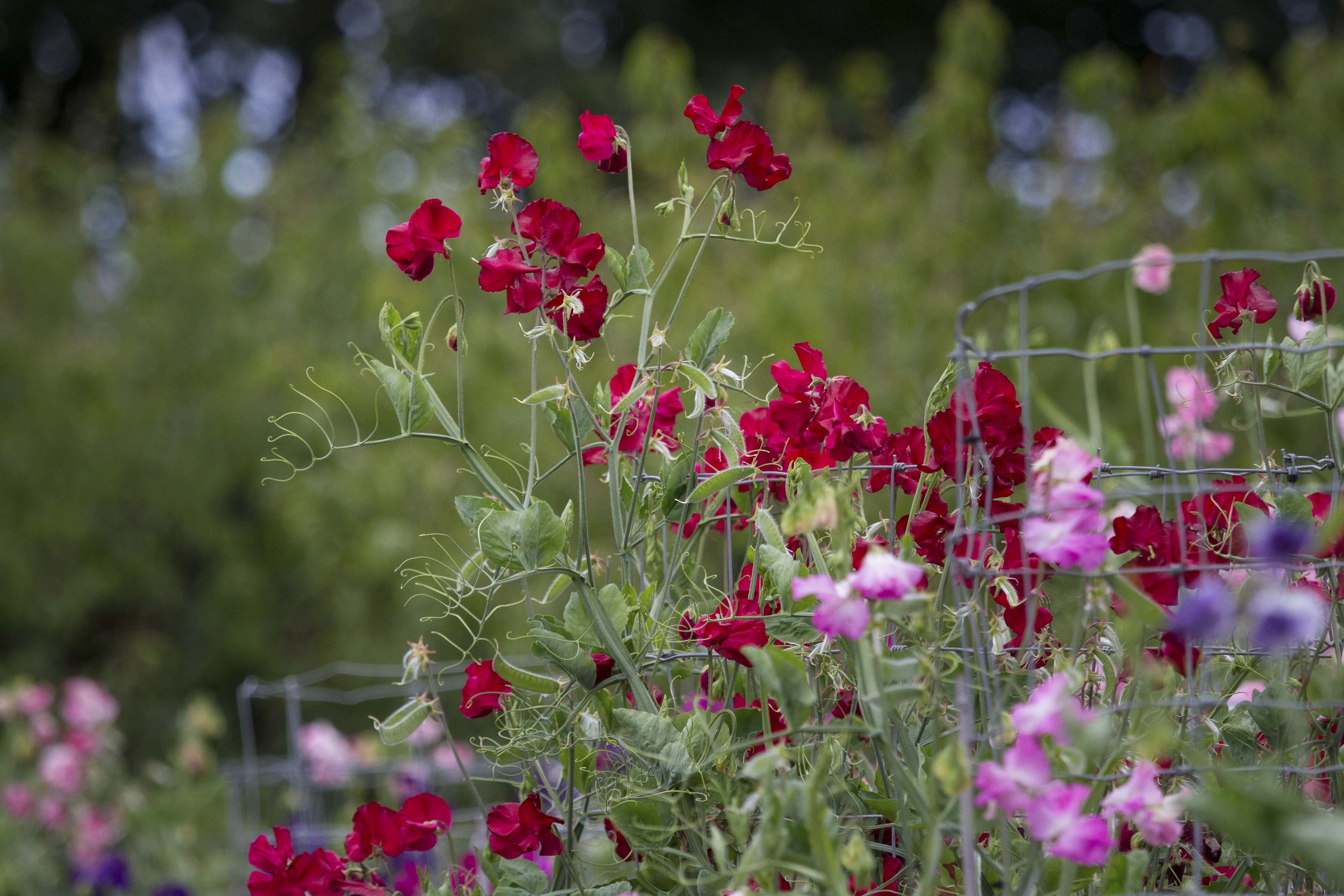 As we all become a little older and (hopefully) a lot wiser, we all become acutely aware of just how important our heritage is. And we all become rather more conscious that nothing worthwhile is quick, or easy. Still, the best things in life come to those with patience, and so it is that after two decades of thought, care and hard work, Ursula and Fred Cholmeley are definitely able to smell the roses… or maybe it’s more apt to say the sweet peas.

Speaking of which, one of the first jobs of the day – and perhaps one of the nicest – is to go down to the pickery and gather little bundles of sweet peas to put into Easton Walled Gardens’ six beautiful holiday lodges, including The Gatehouse Lodge, May Lodge and Hayloft. They’ve smart Farrow & Ball-esque interiors, a sense of peace and calm, and of course, stunning views of the garden… indeed, visitors can sneak out of the lodges after the gardens close to the public, lay down a picnic rug, crack open a bottle of something fizzy and enjoy an Easton sunset.

Of course, that’s only possible because of Ursula and Fred’s efforts. The couple found an old parchment which dates Easton to about 1592, which is when the family arrived from Cheshire and purchased the Manor of Easton.

The last house on the site, however, was created by Sir Montague Cholmeley from about 1805 and was developed throughout the 19th century until being requisitioned as a place of convalescence during the Great War, then as a barracks for the Royal Artillery and of the 2nd Battalion, The Parachute Regiment, during WWII.

There are reports of properties like Easton, requisitioned for the war, suffering damage: Van Dijks being used as dartboards (Van Yikes!) and timber staircases being ripped apart for firewood. Easton fell victim to similar damage and it fell into disrepair whereupon it was finally demolished in 1951/2 after succumbing to mistreatment when Sir Hugh (Fred’s grandfather) was away fighting.

The house fell victim, too, to theft and vandalism in this time. Its gardens also became overgrown and unloved until the only remedial work completed on them was the mowing of the banks by a local farmer once or twice a year. Sir Monty made his home in an adjacent village, and only when Fred and Ursula – the 13th generation of the family – returned to the area in their early 20s did the lost garden’s fortunes look brighter.

For 20 years the couple have worked hard to restore the 11-acres of grounds of the former stately home. To transform the place from a derelict patch of countryside into a beautiful garden and a first-class visitor attraction – especially in such a short space of time – is indeed very impressive.

“I’ve a history degree so I really appreciate discovering the history of the family and the estate. I also took a course in horticulture before we started the restoration,” says Ursula. “I did think it was going to be a huge undertaking but even I look back on the scale of the restoration and I wonder if I realised just how enormous the project was.”

“But it was always going to be both a labour of love and also a long-term undertaking. My favourite pleasure is when guests who visited the site in the really early days, return. Like the ones who saw the garden when it was in its ‘blue rope’ era, with signs about loose masonry and untouched areas everywhere. Those same people have returned at a later date and have seen the gradual transformation we’ve achieved.”

Today, visitors can enjoy two particular periods of interest. In the winter months, Easton Walled Gardens is known for its blankets of snowdrops. It’s the first port of call in February for legions of anxious visitors desperate for winter to give way to spring. Later in the year though, Easton is also known for its sweet peas, 47 varieties of which have been curated, carrying on the legacy of Sir Hugh by ensuring his favourite flowers continue to enjoy a colourful presence at Easton.

Known by their Latin name Lathyrus odororatus (literally fragrant pea or pulse), the flowers were first discovered in Sicily by Father Francisco Cupani and enjoyed a real resurgence in the late C19th under Scottish horticulturist Henry Eckford.

“From 1901 Silas Cole, head gardener at the Althorp Estate in Northamptonshire, astounded the newly-formed Sweet Pea Society with a pink sweet pea variety that he named Countess Spencer,” says Ursula. “His flowers were created from a rogue Prima Donna variety, but they were larger and frillier. Countess Spencer is now extinct, though its descendants carry the suffix ‘Spencer-type,’ indicating their lineage.”

“As part of the ongoing development of our sweet pea lineage, we’re excited to be experimenting with the lost variety, Countess Spencer,” says Ursula.

“And in 2021, one of our Prima Donna blooms threw off a rogue pink flower which looked incredibly like Countess Spencer. The seeds were harvested, and we are now trialling these to see if, by any chance, we can rediscover this historic sweet pea.”

The Pickery and Alpine Troughs are where the sweet peas are grown, and in late summer they give way to dahlias, cosmos, zinnias, rudbeckias and salvias all of which creates a vibrant display of colour. There’s a cottage garden area too, as Ursula acknowledges the way that the gardens we visit can also influence our own gardens back home.

“It’s the best spot to see how plants work together in a smaller, more relaxed space,” she says. “You can stroll alongside the little raised beds that run between the greenhouses and old potting sheds.”

“Next to variegated lilac and Buddleia and a little water feature which trickles from the wall into an old stone trough. It’s really peaceful; a nice place to stop for a moment of tranquillity and the chance to just sit and daydream for a while.”

The gardens lead down to long borders and to the River Witham, with kingfishers and egrets eyeing-up native crayfish and trout. Mixed borders over summer are brimming with scent and colour, leading down to the Rose Meadows with Old English varieties such as Rosa Adelaide D’Orlean.”

“There’s a fledgeling orchard too, with hazelnuts, quinces, plums, pears and greengages all fattening on the branches. Meanwhile, two-acres of meadows are heaving with native grasses and wildflowers like cowslips, wild marjoram, rare clovers and orchids.

This summer Easton Walled Garden is perhaps one of the most colourful gardens you’re likely to see, and one of the most interesting thanks to its back-story. It’s hoped that this year two new varieties of sweet pea will make an appearance in the form of Toffee Apple and Pink Pimpernel too.

As well as being advocates of sweet peas, Easton has also ensured that its 47 species can thrive in local soils. And so, if you’re a local gardener seeking varieties that will thrive in your own garden, or you’re simply after a visit to a phenomenal-looking garden, bookended by a cup of really good coffee in the garden’s two coffee shops and a mooch around its Courtyard Shop, it’s difficult to find a better recommendation for a visit this month than Easton Walled Gardens, especially during Sweet Pea Season from 22nd June. 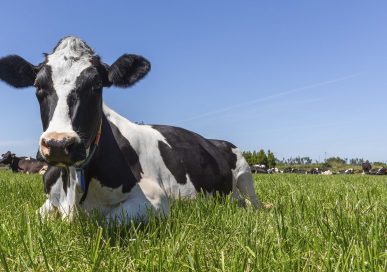