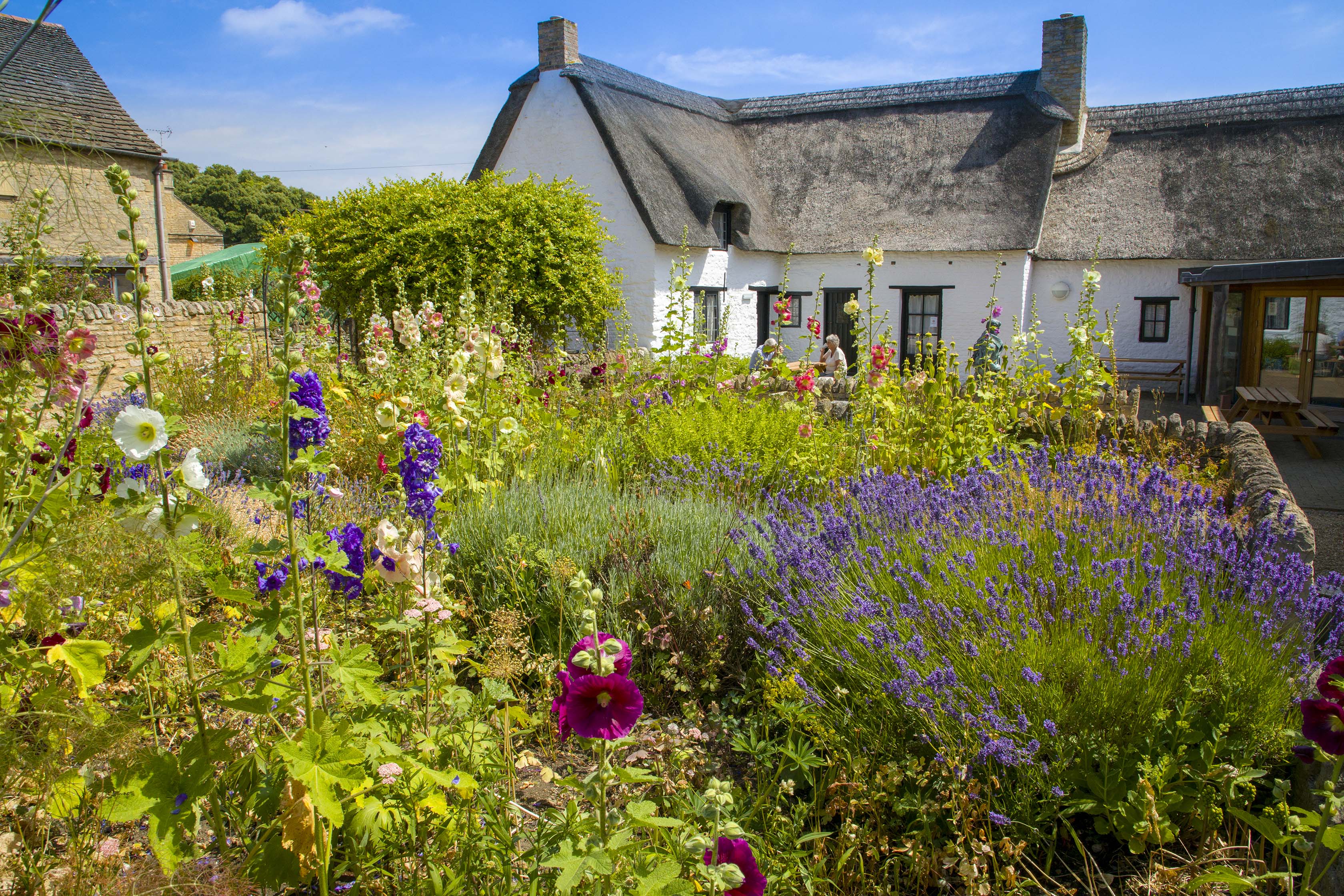 The two profound pleasures of poetry and gardening combine just seven miles from Stamford at Helpston’s John Clare Cottage. The place was a muse for the poet from 1793 to 1832 and also offers displays by local artists and acoustic music sessions for visitors throughout the autumn…

The link between gardens and poetry is intrinsic. ‘The Glory of the Garden,’  suggested Rudyard Kipling ‘lies in more than meets the eye.’

‘How could such sweet and wholesome hours be reckon’d,’ asked Marvell, ‘but with herbs and flow’rs!’

And then there’s Clare. ‘Whoever looks round sees Eternity there,’ said the quintessential romantic poet of an autumn garden. Despite illiterate parents, despite being born into peasantry and despite being as mad as a sack of badgers,  the poet managed to write in excess of 3,500 poems and published four volumes of work during his life.

The area’s peasant poet lived from 1793 to 1864 and for a significant period of his life stayed in his eponymous thatched whitewashed cottage at Helpston with its half acre of gardens until 1832.

In 2004, a trust was founded by Dr Paul Currie to purchase and maintain the cottage using HLF funding with a view to keeping the cottage and its garden open to visitors.

By 2013 that funding was paid back and now the trust-run Clare Cottage is curated by David and Janet Dykes, as well as 24 volunteers including seven (Allen; Barbara; Caroline; Linda; Linda II;  Paul and Richard) responsible for maintaining the gardens.

Visitors in autumn are likely to be treated to displays of Michaelmas daisies, that short-live perennial scabious and the last brachts of astrantia, with perhaps a sweet willow or two punctuated by the odd Sweet Willow fuchsia.

The team of volunteers who curate the garden are increasingly trying to ensure there’s all-year-round interest, not just a flurry of exciting plants in the summer months.

“We work with the Cambridge University Botanic Garden to ensure our planting schemes are commensurate with those that Clare would have seen during his life.”

“We open on Fridays, Saturdays and Mondays and usually the volunteers work on the gardens on Fridays, putting in about four hours and maintaining the flower borders and the herb garden, which would of course have had a very practical use as a source of food and medicine in Clare’s day,” says volunteer gardener Barbara.

“The cottage gardens continue to delight visitors each year with an ever-changing display of flowers, fruits, vegetables and herbs.”

“The newer areas of the garden are maturing nicely with trees, hedging and flower borders are now all very well established,” says Barbara. “The garden volunteers have further developed the garden by planting new specimens, constructing compost areas and extending dry stone walls.”

“The working beehive brings another interesting dimension for garden visitors to enjoy, with many people returning each year to purchase John Clare cottage honey.”

The orchard beyond the dry stone wall of the cottage garden with its flowering herbaceous borders, fruit bed and vegetable patch also has an orchard, recreated with help from Adam Frost for 2012’s Chelsea Flower Show on what is believed to have been the former site of a quarry.

One of the nicest aspects of the garden for us, though, is the extra dimension, the context, that it provides to Clare’s life… a sort of garden that also serves as a living autobiography.

Whilst the garden is considered a pretty attraction today, in Clare’s lifetime it would have had a more mundane function as a productive space growing food and medicine.

The garden was a place Clare would return to often, feeling torn between high brow London life and rural idyll.

Following great success with his first published poems (outselling even Keats) Clare quickly became unfashionable, falling quickly into literary obscurity. Returning to the cottage gave the poet inspiration, even when, latterly, he was committed to several mental asylums with what might be deemed bipolar behavioural tendencies today.

The cottage’s restoration and its garden allow visitors to enjoy the property in the context of botany, literature, history and medicine. It’s also been designed as a place for like-minded locals to meet and celebrate the poet’s work, with musical events, life theatre, art exhibitions and so on.

“All of the volunteers care deeply about the Cottage and about keeping Clare’s literary legacy alive.”

“But there’s something about the garden in particular which is so tranquil, so lovely and so ever-changing throughout the year, that makes it a real pleasure to maintain and, hopefully a real pleasure for our visitors all through the year, too!”