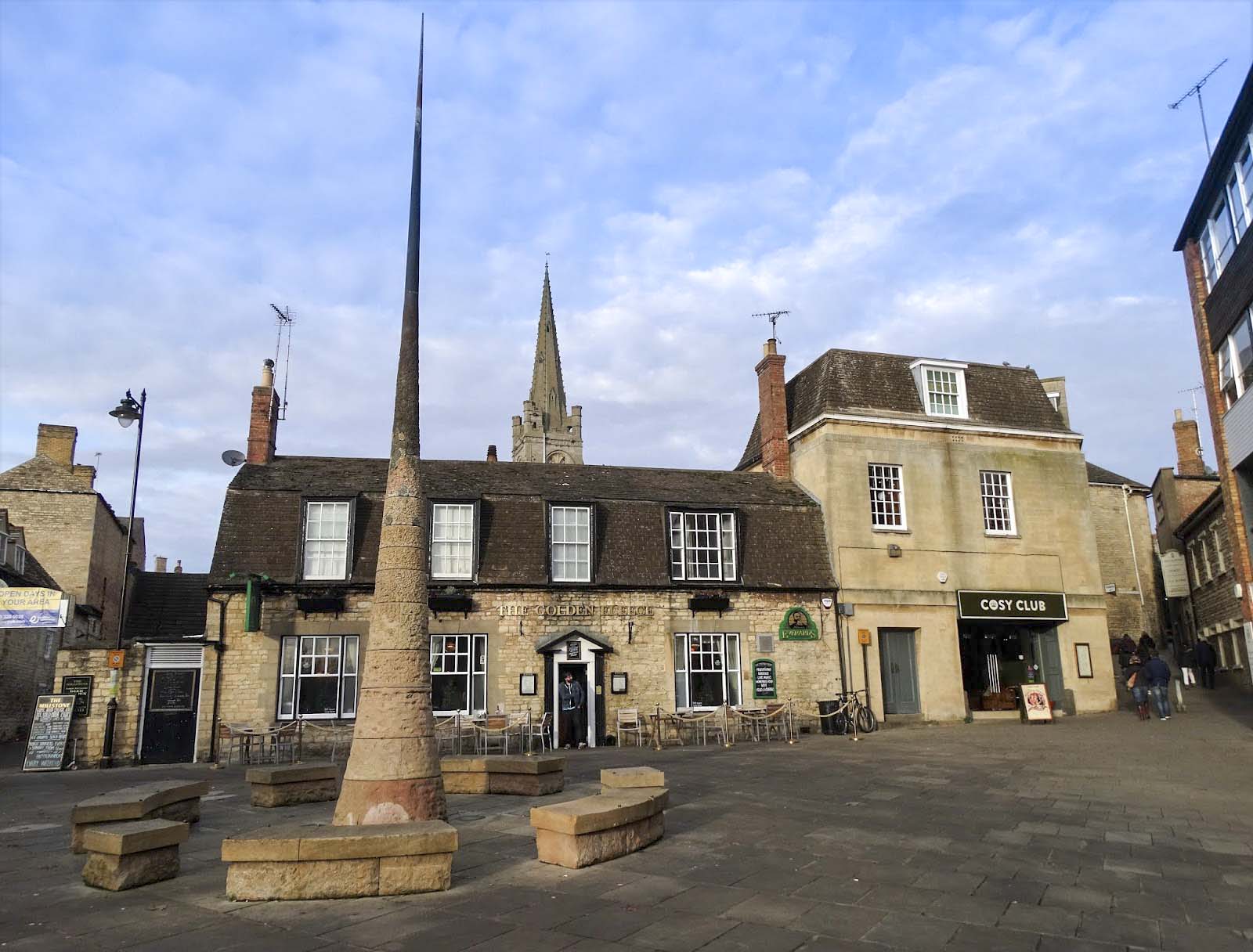 From Lincoln to London, the Eleanor Cross monuments are a dozen reminders of King Edward I’s beloved wife, Eleanor of Castile. It’s a romantic gesture – though a rather extravagant one – to warm the heart this Valentine’s Day…

Valentine’s Day sees most gentlemen picking up a greetings card in a supermarket and perhaps the obligatory bunch of forecourt flowers. We’re not the most romantic of creatures, as a rule. Rather more extravagant in his gestures was King Edward I. Of ye olde medieval marriage, you’d perhaps expect little beyond political allegiances, a long line of mistresses and a short, subjugated life.

The eventually happy marriage of Spanish princess Eleanor of Castile to England’s next monarch did, in fact, began as a political deal to regain the Duchy of Gascony from King Philip IV of France. Philip was an ally of the Scots, who also found themselves at war with Edward, claiming suzerainty North of the border, as the king also fought off a rebellion from the Welsh as part of the Plantagenet conquest of the country.

Edward was a hard-working king, recognised for formally establishing the role of Parliament in the setting of taxes and reforming law utilising the new legal device of the statute which his father Henry III had created. Henry’s original set of laws were given assent in 1267 and comprised 29 legal chapters, of which four are still in use today. Edward codified many laws into the Statues of Westminster in 1275 and 1285.

The darker side of Edward’s reign were his constant scrapes with Scotland and Wales, and his Edict of Expulsion in 1290, which was not overturned until 1657 by Cromwell.

The king was physically robust, standing six feet and two inches, which gained him the nickname Longshanks. Though known to be pious, he was equally renowned for his Machiavellian mind and fierce temper… perhaps ideal qualities for a medieval king who needed to show strength.

Eleanor, meanwhile, was born in Burgos in 1241, daughter of Ferdinand III of Castile and Joan, Countess of Ponthieu. She was named after her paternal great-grandmother, Eleanor of England, the daughter of Eleanor of Aquitaine and Henry II of England.

The future queen was originally due to marry Theobald II of Navarre, the territory between Spain and France in the Western Pyrenees north of La Rioja. Eleanor’s half-brother Alfonso X of Castile revisited another ancestral claim to the Duchy of Gascony though, so after negotiation, this was to be a territorial concession to Henry III instead, with the marriage of Eleanor and Edward thrown into the bargain.

The two married at a monastery in Burgos in November 1254, despite Eleanor being just 13 years of age (some sources suggest even younger) and Edward being 15. Whilst the union had a less than romantic pretence, the marriage thrived and was one of the few close medieval marriages… and if you need any further evidence of their closeness, Eleanor and Edward had four sons and 11 daughters, including Edward II.

Unlike other kings, it’s thought that Edward I remained faithful to his wife, eschewing the usual retinue of mistresses. And, instead of leaving her behind, Edward and Eleanor travelled together, for instance during Edward’s ninth crusade to the Holy Land.

Eleanor was also a good businesswoman, with her own fortune as the Countess of Ponthieu which she subsequently used to make land investments and secure business interests buying and taking over debt from usuries which she would then write off in return for an acquisition of land instead.

Eleanor also supported Edward through the Second Barons’ War, remaining in the country and retaining control of Windsor Castle until Royalist forces were able to free Edward I from his capture during the Battle of Evesham in 1265.

It’s said that after this show of strength, England saw the Queen playing a greater part in ruling the country alongside her husband, although it’s unclear how formal or informal her influence was.

Eleanor was well-educated, very literate for the age, and had a keen eye for the aesthetic, commissioning tapestries, tableware and even turning her hand to designing gardens.

In total the couple’s marriage spanned 36 years – not bad as a medieval lifespan, let alone a medieval marriage, especially a royal one.

However, Eleanor’s health suffered in her later years, possible from a Malarial haemorrhage or cardiac problems, and at the point of her death she was arranging marriages for at least two of her daughters (Margaret and Joan), presumably aware that she was nearing the end of her life.

The queen was touring her properties in 1290 and reached the village of Harby, just seven miles from Lincoln, when she was forced to stop and lodge at the home of nobleman Richard de Weston. There she received the last rites and died on 28th November with Edward at her bedside.

It was usual for the embalming process to involve the separation of the heart and the rest of the body for separate burial. Unusually, Eleanor’s viscera were also separated from the rest of her and these were buried in Lincoln Cathedral. The rest of the queen was taken on the 180-mile journey to London, a trip which took twelve days. Her heart would be buried at Dominicans’ Priory at Blackfriars whilst her body was buried in Westminster Abbey.

To mark the journey, Edward ordered that 12 monuments would be erected at the destinations at which the funeral cortège stopped overnight, as recorded in the executors’ account rolls. Upon each would be inscribed orate pro anima or ‘pray for the soul.’ The crosses were erected from 1291 to 1294, and were each made of caen stone or a similar limestone.

The first stone was situated in Lincoln, at a cost of £120 and was designed by Richard of Stow with just a remaining fragment now in the grounds of Lincoln Cathedral.

Grantham’s stone was located in the town’s High Street, pulled down during the civil war and replaced in 2005 by a modern relief stone plaque. The 18th century antiquary William Stukeley claimed to have kept a piece in his garden, on Barn Hill for a number of years.

The cortège stopped in Stamford on 5th December 1290 and perhaps the following day too. Stamford’s Eleanor Cross was one of the final to be completed and though its exact location is in dispute, it’s generally accepted that it was located close to the Great North Road.

By 1650 the monument was all but ruined, and 50 years later the monument itself was almost certainly destroyed, though William Stukeley succeeded in excavating its hexagonal base and a few stones from its superstructure, enabling him to sketch his best impression of what the monument would have looked like – although he did take the next stone, situated at Geddington, as an influence for its appearance too.

One fragment from Stamford’s stone recovered by Stukeley was judged to be authentic in 1993. A Purbeck marble rose was rediscovered some years earlier and was taken to Stamford Museum. It is now kept in the town’s library.

In 2000, the Stamford Gateway project arose from public consultation, and would take five years to complete. The scheme would cost £1.3m and would pedestrianise Red Lion Square and Sheep Market, but would also accommodate a centrepiece to celebrate the town’s history.

A national competition was launched seeking suggestions for a piece of civic art which would give the project something significant at his heart, and of the 37 entries received, the ten-strong judging panel was intrigued by Wolfgang Buttress’s Ketton stone and bronze monument, a more modern structure reinterpreting the original cross.

It measures 1.2m at the base, and comprises four metres of stone and seven metres of bronze casting. Each bronze stud is engraved with the words of 150 haiku poems about love written by local youngsters with each of the words randomly mixed up to ‘spread’ the words of love around.

The structure was created at the Atelier 109 workshop in Etton and was installed in September 2009. The next Eleanor Cross is one of the best preserved of the three remaining ones. Located in Geddington, it’s taller, slimmer and triangular.

Hardingstone in Northampton’s cross was subject to restoration work in 2019, whilst crosses in Stratford, Woburn and Dunstable were demolished by 1643, and St Albans’ cross was demolished in 1874, replaced by a drinking fountain.

Waltham Cross is still standing but its statue depicting Eleanor is a replica, with the original image of Eleanor is now stored in London’s V&A Museum.

On 14th December, Eleanor’s cortège reached London, where the queen would be honoured by two crosses, firstly at Westcheap (now known as Cheapside) where her heart was buried.

Stone from the Westcheap cross had an irritating habit of falling off and clobbering people, whilst its Catholic iconography caused resentment during the Civil War, and so in May 1643 it was demolished in an iconoclastic display which offended those with anti-monarchy politics.

The cortège reached Charing Cross on 16th December where the final cross would be situated just north of Westminster Abbey, on the site of what is now Whitehall.

It too met its fate in 1647 and Charles I, in the reformation era, ordered the erection of an equestrian statue in its place. Nevertheless the name of Charing Cross – a reference to what was there before – remains.

A new Eleanor Cross was created in 1865 in the gothic style by George Gilbert Scott and is situated just a couple of hundred yards from where the original would have been positioned. 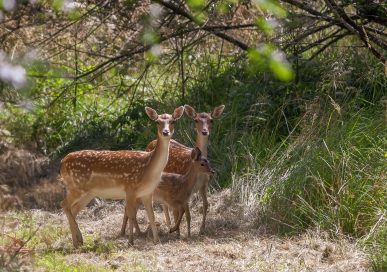 Majestic and graceful, but more than a little skittish when startled. This month as rutting season is underway we ask...
September 10, 2021 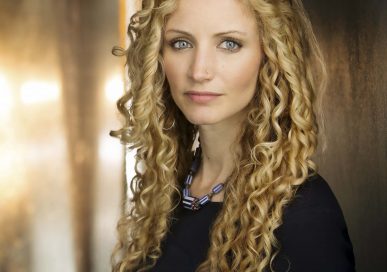 A tale of two Williams

Oxford don, historian and broadcaster, Prof., Suzannah Lipscomb stops by in Stamford this month to deliver an engaging lecture on...
September 10, 2021 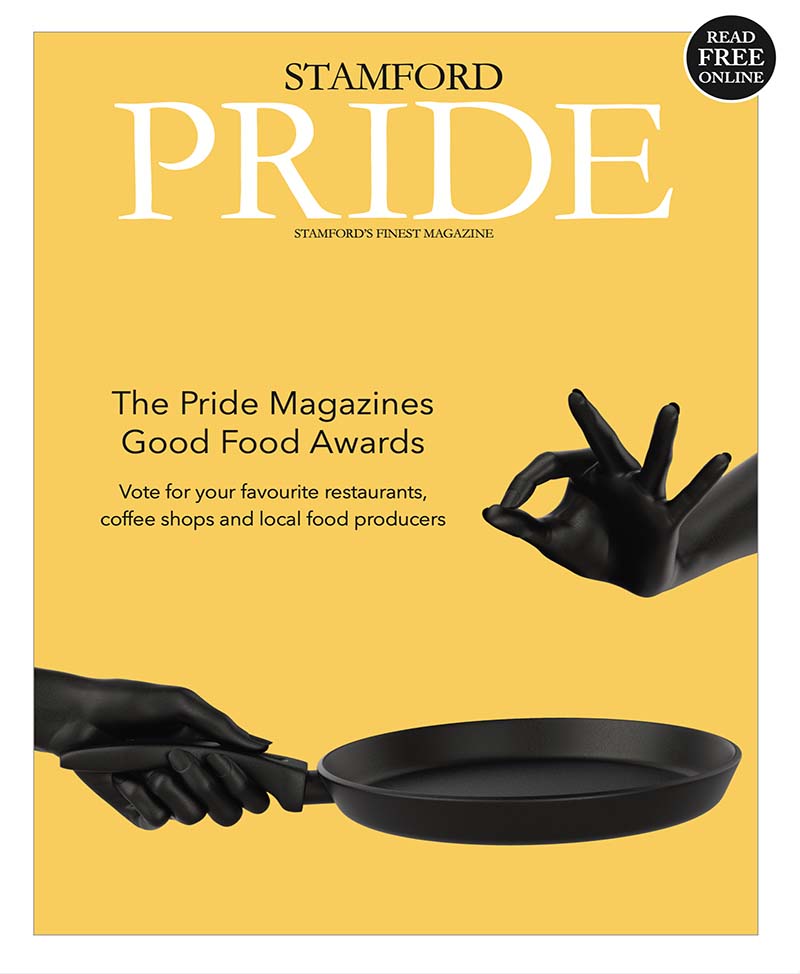