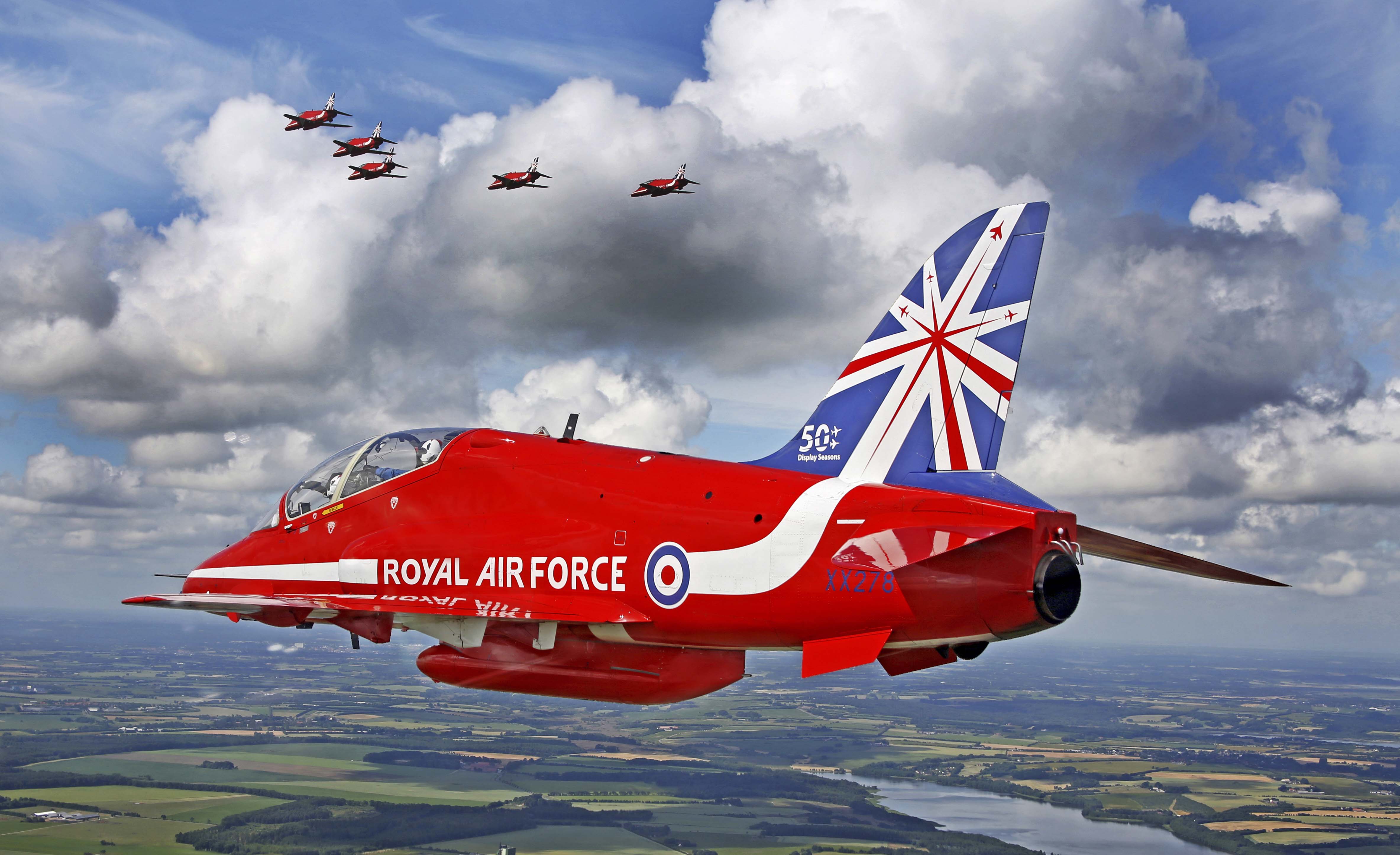 “It’s you and me now!” our pilot murmurs. If you’ve ever wondered what happens when a Red Arrows pilot climbs into the cockpit of their Hawk T1 jet, a new book on the world famous squadron, written by the Squadron’s Officer Commanding, David Montenegro, will ensure you’re as intimately acquainted as possible with the thrills and responsibility of the role of a pilot.

We caught up with David not just upon the launch of his book, but just after the team completed their flypast of Buckingham Palace following HM The Queen’s Platinum Jubilee – these are the guys who caused poor little Prince Louis to cover his ears – and the timing of the squadron’s arrival over the Palace was planned not just to within 30 seconds, or even 10 seconds… not even to five seconds. The timing of the appearance was accurate to plus or minus two seconds.

Being in the right place at the right time depends on a ‘check-in’ time being specified during a display briefing with Red 1. Despite the otherwise good-humoured nature of the team these are very to the point in nature, with no superfluous information or chit-chat. When Red 1 specifies the time of ‘Red Check’ that exact moment must correlate with a minute-by-minute schedule known as WHAM (What Happens According to Management [Team Manager]). One of the greatest crimes as a pilot of the Red Arrows is to be late for ‘Red Check.’

The squadron has nine display pilots, numbered Red 1 to Red 9. There’s a Red 10 too, who serves as a flying ‘supervisor,’ a commentator who flies a photographer. Red 11 is the Officer Commanding. But behind the pilots themselves is about 120 other team members, not least among which are ‘Circus,’ who are assigned to a specific pilot, flown to and from display airfields and who help to service the aircraft between displays. Then, there’s the ‘Blues.’

The Circus are drawn from members of the Blues – the name for the Red Arrows’ ground support team. They include mechanical, avionics, survival equipment and other technical specialists, as well as public relations experts, photographers, drivers, logisticians and operations staff. Other Blues members are part of the dye team, too, and load the smoke pods with the three colours of diesel oil/dye mix which is mixed into the 400°c exhaust vapour from the aircraft’s engine when Red 1 gives the command ‘Smoke on, go.’

Following the pilots’ briefing – and a comfort break – the pilots get their kit on, from an individually fitted helmet with double visors and an internal headset for communication, to Hawk Swift flying boots, designed specifically for use with the Hawk aircraft. The crew also have anti-G trousers with leg restraints which restrain the pilots in the event of ejection, plus leather gloves to improve grip and the fire-retardant coverall, coloured red, and only worn once Public Display Authority has been granted. David reckons the putting on of the uniform is a ritual which prompts a mind-shift, preparing a pilot mentally and physically for the flight.

Next, pilots walk to the engineering desk and collect their F700 folder. A pilot usually has ‘their own’ aircraft, but a spare Hawk – a sort of courtesy car – is also available.

Each aircraft, David reckons, has a slight nuance in the way it responds and so pilots prefer to use their own Hawk. In any case, it’s the pilot’s responsibility to ‘sign out’ his or her Hawk, once they’re happy it is full of fuel, dye, oxygen and is serviceable and safe to fly. This is a legal requirement and in doing so, responsibility passes from engineer to pilot. David says that the adrenaline begins to build once pilots make their way to the aircraft.

They walk around the jet, checking its physical components and beyond a mobile electrical unit giving it power – generating a relatively quiet thrum – there’s little noise at this time, the aircraft is inert, with perhaps just the odd smell of aviation fuel.

Pilots, says David, also have a much more intimate connection with their Hawk T1 than modern fighters. It’s a smaller cockpit, more visceral and mechanical in terms of the connection between pilot and the aircraft than the fly-by-wire technology of aircraft like the Typhoon. Putting on their helmet, the pilot connects their umbilical cords; oxygen, anti-G protection, and microphone, then strap their legs into the restraints before putting the main straps on their legs and shoulders. This is the ‘it’s now me and you’ moment.

Internal batteries are switched on. The emergency warning panel gives a few welcome beeps by way of a system check and the ‘left to right’ check of instrumentation begins. Next, switching on the radios, navigation and systems to ready the jet engine for startup. Thumb over the ‘transmit’ button, ready, Red 1 calls ‘Red Check’ right on time and each pilot responds ‘two, three,’ in consecutive order. ‘Check-in’ is complete. Red 1 calls for ‘engine start’ and taxis out, with each subsequent pilot bringing to life their Rolls Royce Turbomeca Adour Mk861 turbo fan engine with their 5,700lb of thrust.

The team will fly UK transits at between 5,000ft and 2,000ft above ground, for international transits, they fly at a more fuel-efficient 20,000ft. Depending on weather displays are flown at between 300ft and 500ft, but aircraft fly as low as 1,000ft. There are a number of manoeuvres the team performs, from routines involving loops and rolls to ‘flat displays,’ when poor weather means an envelope of only 1,000ft or so or sky to work within.Completed in two halves, the first part of the display lasts about nine minutes and the second half is about 10 minutes in duration. Still working to the minute-by-minute breakdown of WHAM, the team heads off home.

David – known as Monty – is uniquely placed to talk about the Red Arrows, as the only person in the history of the squadron to have been a display pilot, leader or ‘Red 1’ and Officer Commanding. David joined the RAF in 1999 having attended the University of Manchester to study Politics & Theology, and whilst there he was also part of the Manchester & Salford Aviation Squadron. Having flown the Tornado and served as a flying instructor on the Hawk T1, he joined The Red Arrows in 2009 and spent three year with the squadron – a standard post – during which he served as Synchro Leader.

After three years with the Red Arrows, David completed a tour of duty in Afghanistan and then as a special projects officer with the US Marines, before returning to Lincolnshire to serve as team leader, Red 1 and then with Typhoon Force Headquarters at RAF Coningsby. 2022 will be the third year service as Officer Commanding for the Red Arrows, ensuring overall safety for each of the 130 people in the squadron completing about 65 displays each year.

In total it’s thought that the Red Arrows have completed over 4,800 displays in 57 countries. But flying isn’t without risk. Quite aside from the professionalism of the pilots and the diligence of the Blues who maintain the aircraft, incidences like bird strikes can’t be foreseen, only mitigated to the point where risks are ‘ALARP’ (as low as reasonably practical). In its 58 years, the Red Arrows have lost 10 pilots (including four at RAF Kemble, 1971) and one engineer.

Flt Lt Jon Egging flew at Red 4 and in August 2011, lost his life when he crashed into open fields following completion of a display at Bournemouth. The team knew Jon had crashed but didn’t know whether he was alive or dead. An inquiry found no fault with Jon – David says he was an exceptional pilot – nor any problems with the aircraft. The likely cause was ‘A-loc’ (the term for an almost loss of consciousness). The loss of Jon and of Sean Cunningham in November 2011 are a sobering reminder that despite the professionalism of the squadron, flying at up to 645mph with as little as 8ft-10ft between aircraft is still incredibly risky.

And yet, being a Red Arrows pilot is still considered one of the best jobs in the world. During his time, David recalls MasterChef filming at Scampton on 2014 and visits from Blue Peter, and by everyone from David Jason to Tim Peake. And of course, the squadron can count royalty among their biggest fans – not withstanding Prince Louis’ distaste for the noise of a Hawk.

The Duke of Cambridge visited the squadron in 2008 after receiving his wings at RAF Cranwell, and again in 2016 at RAF Fairford. Prince George was about the same age as David’s son and was a little shy, until he asked if he could sit in the cockpit.

“Entirely safe as the whole thing was, it was still slightly unnerving to know that the third in line to the throne was sitting upon multiple rockets and explosives embedded within the ejection seat,” says David. “The Duke was, of course, familiar with the layout of the cockpit. He and I talked the young Prince through it and after Prince George got a little excited and put his hand on one of the instrument panels, His Royal Highness lifted his son out really carefully… my heartbeat then went from the 160bpm it had suddenly shot up to, back down to around 60bpm!”

David’s legacy – as well as preventing the future heir to the throne from taking off for a pleasure flight – is an official and entirely comprehensive story of the squadron, its history and what it’s like to actually fly the aircraft with the squadron. “Occasionally you and the team come so close to perfection up there in the rarefied air of the skies,” says David, summing up as succinctly as possible what life as a Red Arrows pilot is really like. “You never know when those moments will come, but they do. And it’s what you yearn for as a pilot.”

The Red Arrows represents the very best speed, agility and precision aerobatic flying skill in the Royal Air Force, and the people who wear those iconic red flight suits are rigorously selected not just for their flying skills, lightning-fast reflexes and nerves of steel, but for their mental resilience, courage and humility.

Written by the Officer Commanding and former Red 1 Team Leader, Wing Commander David Montenegro OBE MA RAF, the new book is full of never-before-shared tales from pilots past and present, this thrilling history is both a faithful record and a fascinating account of not only what it takes, but what it means, to be a Red Arrow.

The Red Arrows, written by Wing Commander David Montenegro is now available in hardback, 288 pages, published by Penguin from all good bookshops or via www.penguin.co.uk. 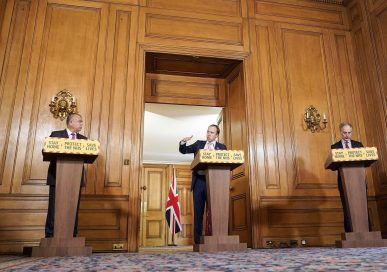 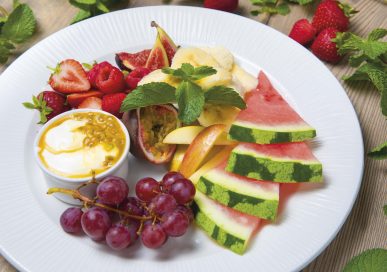 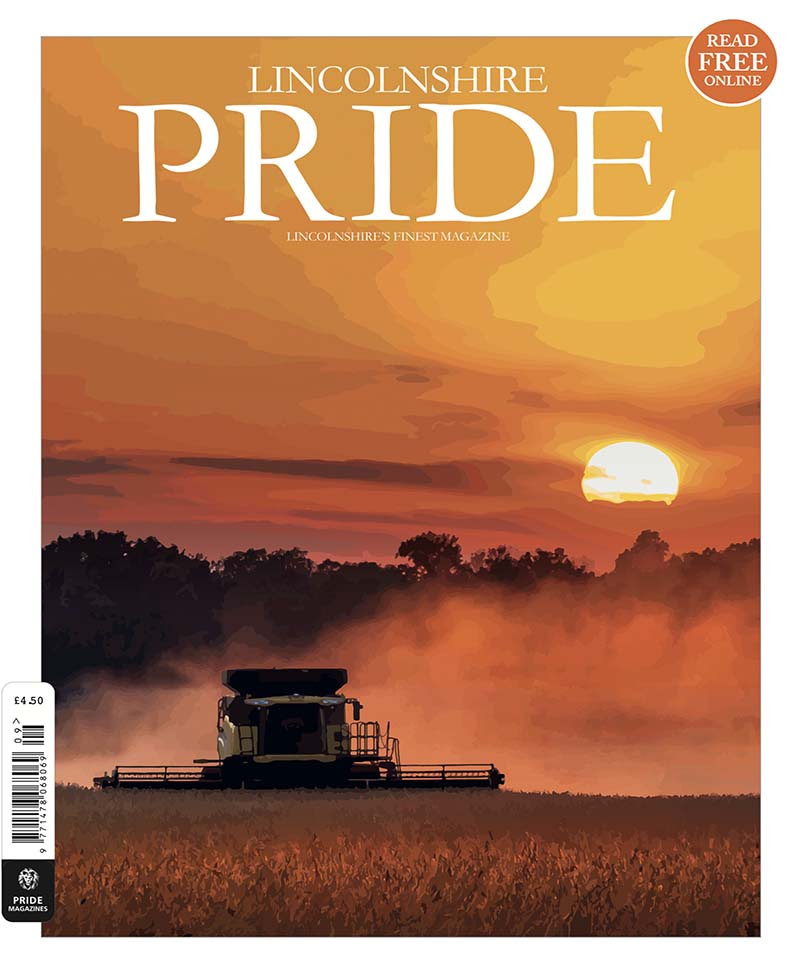