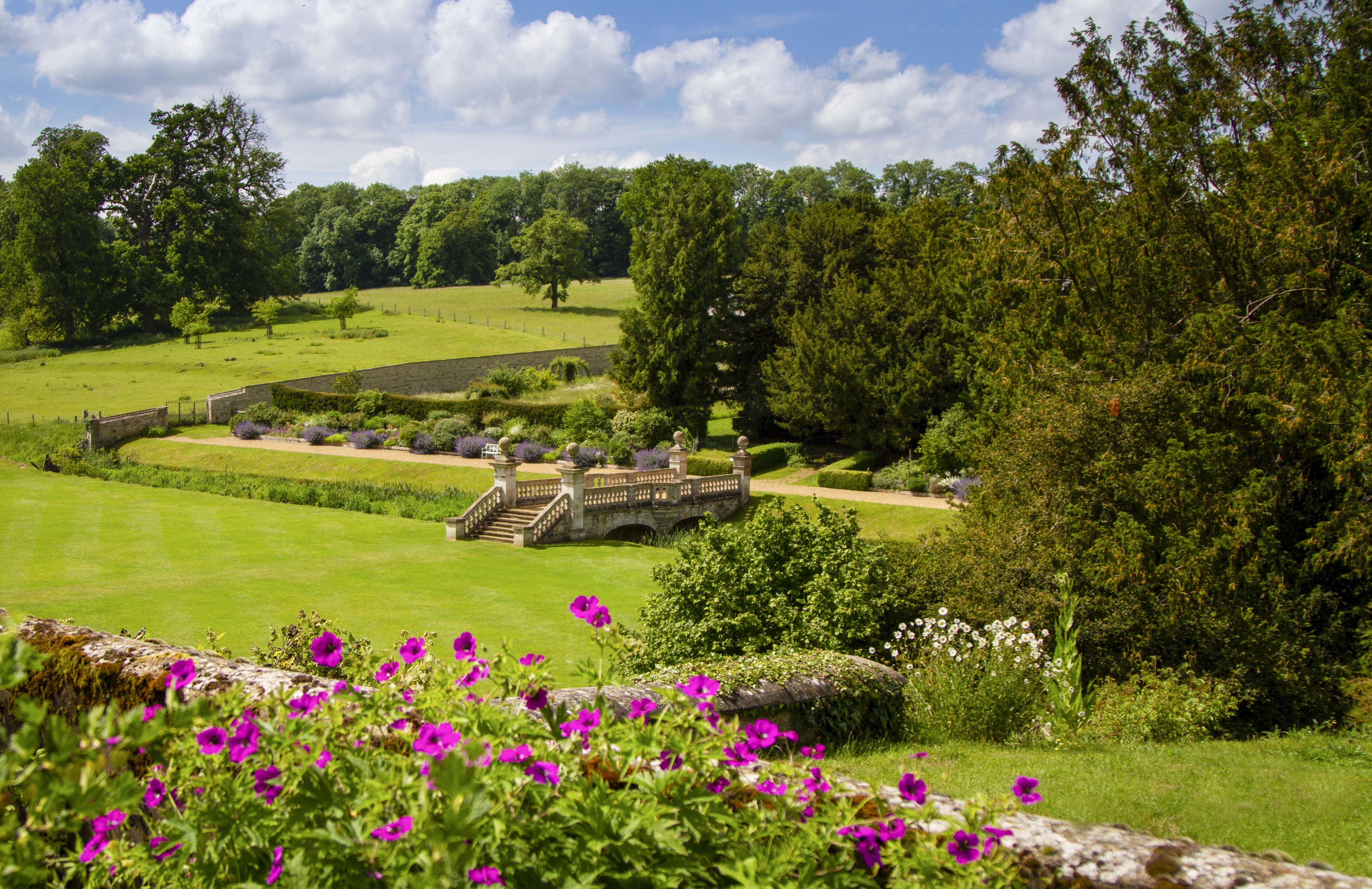 Few pursuits over the past 20 years have been as noble as Ursula Cholmeley and her team’s cause to restore the gardens of the former Easton Hall. Once in a ruinous state, the team at Easton Walled Gardens has worked really hard to bring back to life the stunning 12-acre site, now admired by over 20,000 visitors a year…

Determination & Survival. That’s what it’s taken to restore Easton Walled Gardens to its former glory. This month, you can be one of the 20,000 annual visitors to the garden, and when you visit, you can admire the sweet peas for which the gardens are justifiably famous in the area.

It’s taken two decades and enormous amounts of hard work on the part of Ursula & Fred Cholmeley, and their team of 25. The gardens are 450 years old, but when the adjacent Easton Hall was requisitioned during both world wars, firstly as a convalescent home, then as a barracks, the place fell into disrepair. The final straw was the theft of lead from the roof, which compelled Sir Hugh Cholmeley to make the decision to pull the whole place down.

The site’s adjacent garden also fell into neglect until the early 1990s when Fred Cholmeley (Sir Hugh’s grandson) moved back to Easton with his new wife, dismayed by the thought that without restoration, the venerable 12-acre gardens would have no future.

“We thought that the stables could provide a way in and out of the gardens for visitors,” says Ursula. “In 2001 we began work, and by the end of the decade there were two gardeners on the site for the first time in more than three generations.”

By 2015 the garden was already well-renowned for its snowdrop displays in winter.

In the summer meanwhile, its sweet peas were a big attraction. By 2018, too, the roofs and walls of the stables had been repaired, the hedges and borders had matured and generally the gardens were looking great.

Flooding in February 2020 and then the pandemic have given the team a ‘reality check,’ but open again, and looking forward to a very successful summer, all the team need now is a bit of sunshine. The garden’s two acres of meadows are full of scent and the Rose Meadows especially come alive in the summer.

The Velvet border takes continental gardens as its influence and features red tulips and purple comfrey in spring which give way to phlomis and coronaria in the summer. In 2018 new steps were added to guide visitors down to the White Garden, inspired by Charles Jencks, and with new borders and primrose.

The Pickery and Alpine Troughs are where you’ll find the garden’s sweet peas – no fewer than 50 varieties – and later in summer, the very same area will features dahlias, cosmos, zinnias, salvias and more. There’s also a Cottage Garden area, designed in a smaller space to provide inspiration for gardens of a more typical scale, with lilac, buddleia, and pots of agapanthus. And finally, a vegetable garden and the long borders adjacent to the River Witham which attracts the occasional native crayfish or trout and entices the odd kingfisher.

450 years is an incredibly long time, but it’s the last 20 years which history will record as being the most significant in the gardens’ history. Ursula and her team have done a stunning job of restoring the site, and deserve huge credit for preventing what would have been considered a huge loss by anyone with an appreciation for gardens or for history.

Easton Walled Gardens is based near Grantham, adjacent to the A1, NG33 5AP. Open Wednesday-Sunday until September. Call 01476 530063 or see www.visiteaston.co.uk.