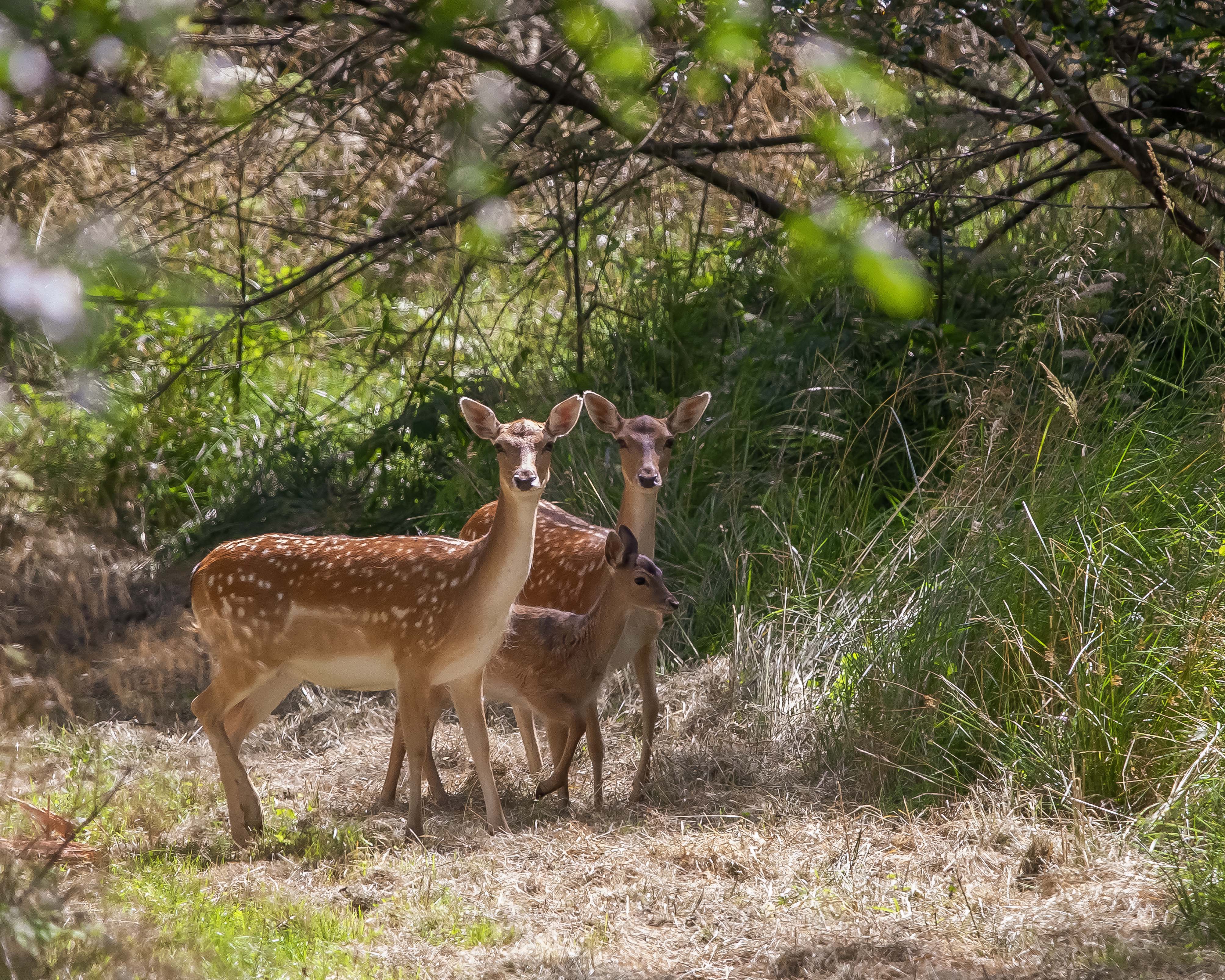 Majestic and graceful, but more than a little skittish when startled. This month as rutting season is underway we ask local deer expert Chris Manning to help us understand the species a little better…

It’s always a treat when, peeping through the trees, you happen to glimpse one of the county wild deer species. Creatures that are renowned for their elegance and grace, deer can also be quite temperamental, and so they’re best considered with respect. Happily though you don’t need to venture too far to enjoy them, with estates like Grimsthorpe, Exton and Burghley all home to their own herds, and this month with rutting season underway, the county’s three or four main species of deer are very much visible and very much showing off.

Sharing a passion for the species is Chris Manning, one of the area’s most knowledgable naturalist for the mammals in our county. “For all species of deer in the county except muntjac, the breeding season is in full swing,” says Chris. “Muntjac tend to breed all year round and the does can conceive again within days of giving birth so whilst you may see baby muntjac, the majority of wild deer will be other species.”

“Fallow deer is also a species found aroudn Stamford & Rutland but these were introduced by Normans and can usually be found in the south west of the region. Unfortunately, there are no sika deer in the county but we do have, of course, muntjac deer and Chinese Water deer.

Chinese Water deer are very rare; there are only a few in the region, and they’re in Lincolnshire. They’re an endangered species in China, and Britain has around a third of the UK’s entire population. This comes as quite a shock to many as during breeding season, they can produce up to five fawn throughout late May and early June.”

The more common deer in the county are somewhat different. Red deer are the most distinctive being the largest land mammal in the country. The deer’s summer coat is reddish brown to brown, and the winter coat is brown to grey.

There are no spots present in the adult coat but there’s the development of large, highly branched antlers in the stag.

In woodland populations, hinds over a year old give birth to a single calf after an eight month gestation, between mid-May to mid-July each year.

Roe deer are more active throughout the 24-hour period but make more use of open spaces during the hours of darkness.

Peak times of activity are at dawn and dusk. Chris refers to these roe deer as ‘almost nocturnal.’ Roe deer are similar to the red deer at a glance with similar coats in winter and summer months.

Fallow deer tend to have a tan colour and white spots to their coat. Adults do give birth to a single fawn in June after a gestation of 229 days. Another ‘almost nocturnal’ species, they tend to be most active in darker periods. They’re also the only species to grow palmate antlers, the flatter looking antlers.

Muntjac are small, stocky and russet brown throughout the summer. They’re the most distinctive out of all the deer due to their size. They have long pedicles (the base of antlers) but very small antlers which suit their size.

The closest species of deer to these is the Chinese Water deer. They’re also a small species but somewhat rarer, having only a few in the county. What really distinguishes the Chinese Water deer is that it doesn’t have antlers. Instead, they grow large protruding tusks great for defending themselves in a rut and against predators. They also give birth during May to July after a six to seven month gestation. Up to six fawns may be born, but one to three fawns is more usual.

“Red and fallow deer are herding animals but what you’ tend to find is that the male herd stays separate the female herd; they only come together during mating season. Muntjac, roe and Chinese Water deer are usually solitary with loose associations to other deer. Because of this, they’re very territorial to other deer in the same species.”

“Deer can be seen by the public,” says Chris. “Of course, there’s wild deer throughout the county which can be seen from roads, but nature parks are probably the most appropriate way to see them. Grimsthorpe Park is home to red and fallow deer and you can actually walk in and stroke them here. It’s definitely not advised to approach deer in the wild.

This would be difficult anyway, as they have an extremely keen sense of smell and they’ll usually run away as soon as they sense humans. If you do get close, feeding deer is also ill-advised as it will attract more, which in turn increases the spread of disease significantly.”

“However, if you ever stumble across a newborn, do not approach it in any way as they’re typically not good on their feet and can’t really use their sense of smell just yet so if they try to run, they could be injured.” says Chris.

“They’re also in the process of learning what their mothers are smelling and doing. The problem with this is that they can easily mistake you for being their mother which is dangerous for both the public, and the deer when the newborn’s mother is concerned.”

“The newborns we will see around this time of year will start off with a smooth top; the pedicles are the start of antlers, which are made of bone. As they grow, a thick velvet-textured skin called velvet develops over the antlers.”

“This usually develops for most deer around April with roe deer developing antlers in winter months but in August for the majority of deer, the velvet is cleaned.”

“This means the skin is just removed from the antlers. You’ll then see white bone before they turn brown.”

It’s quite lucky for us and for Lincolnshire’s deer population to have no predators. There are no wolves, lynx, bears or wild boars and so; their biggest threat is us. Cars and other vehicles are their main threat, though there are still culls and of course, poaching. Humans, unfortunately, remain the most deadly threats to deer in the county.

The area’s most common deer species

The most common species of deer in the county are the Muntjac, Fallow and Roe…

•The Muntjac is the smallest deer species, measuring about half a metre the shoulder. Its pelage or fur is bright chestnut in colour during the summer months and in winter, fades to a deep brown or grey. Its bark is quite yappy and it tends to live in denser undergrowth.

•Fallow deer are about the tallest species, measuring about a metre at the shoulder. Fallow deer come in a range of colours, from chestnut with white spots to dark brown and black. Does have a gruffer, more alarming bark and groan or belch in rut! Woodland is the preferred habitat and they’re the more notorious species for damaging farm crops.

• Roe deer are about 75cm and tend to have bright russet or brown fur which darkens slightly in the winter. They have an aggressive bark and are the UK’s only native species. 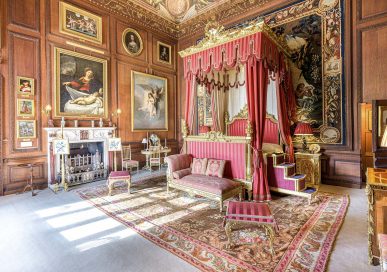 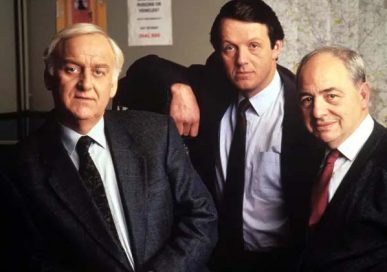 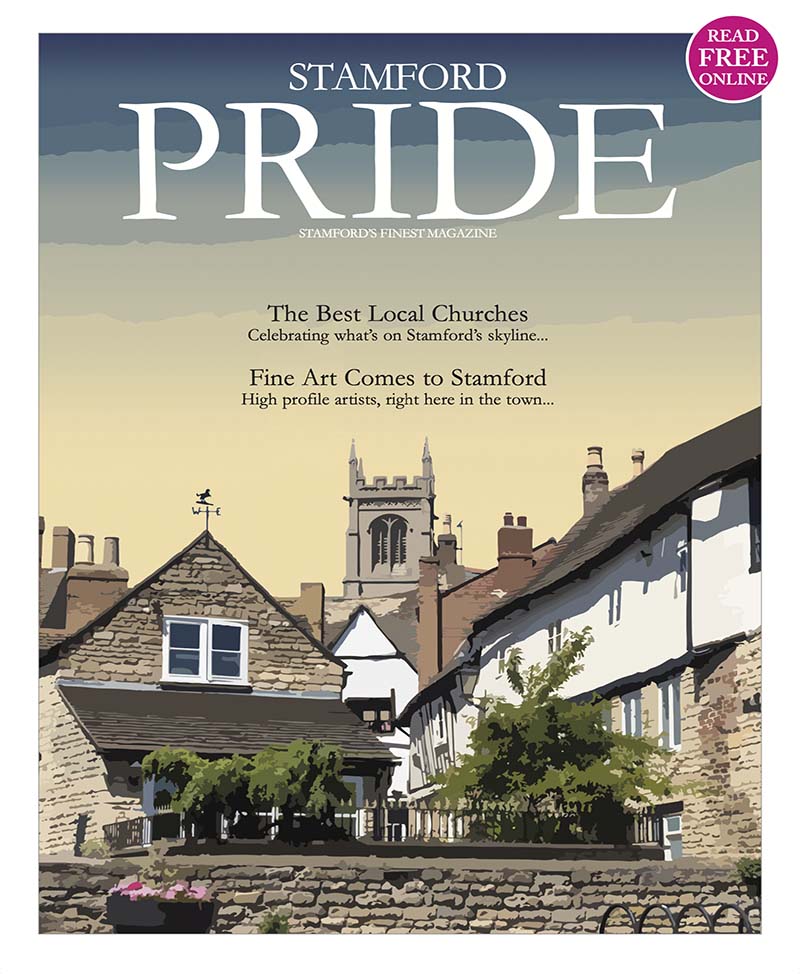