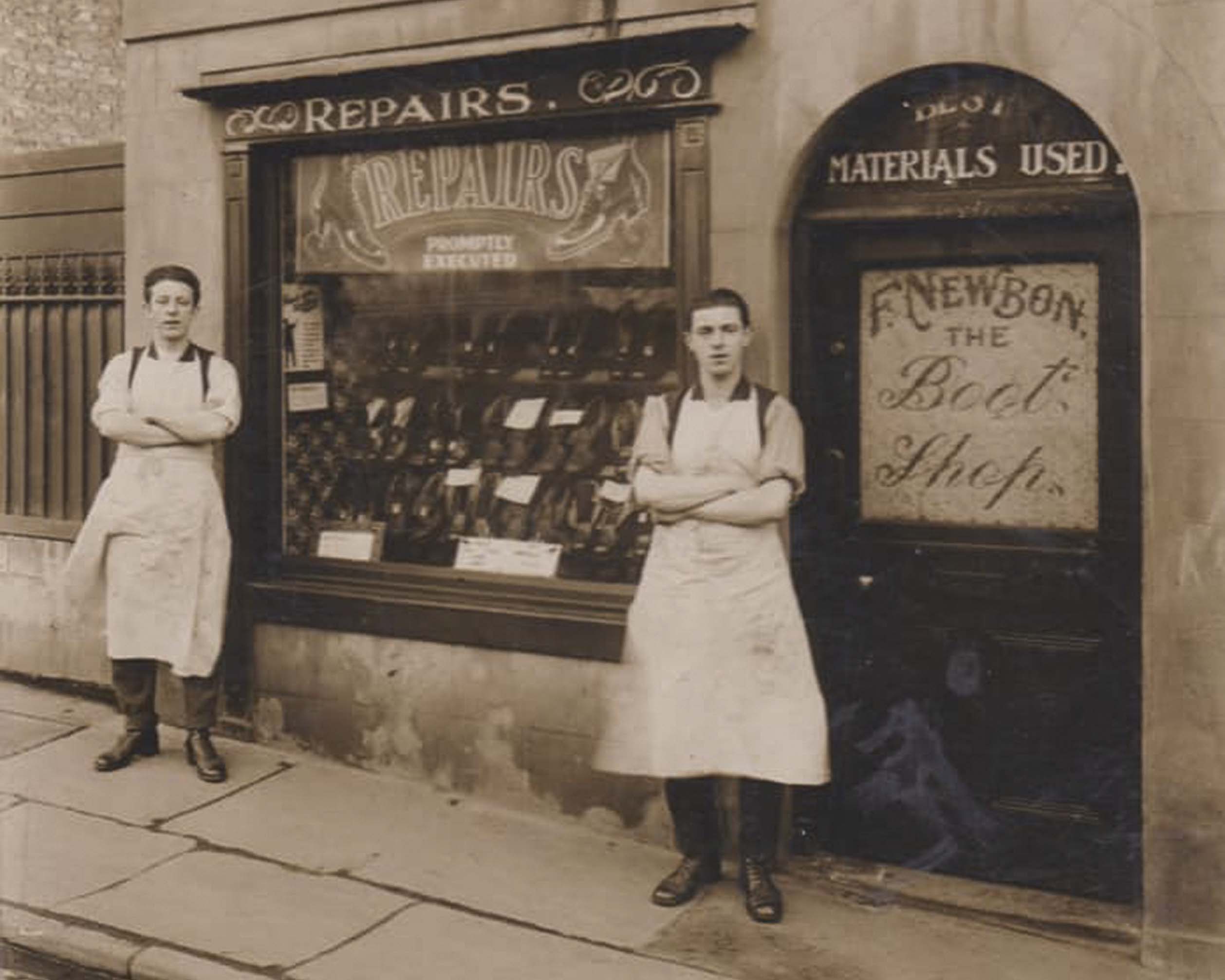 Stamford remains a town which prides itself on both the health of – and the ongoing support for – its independent business. It’s also resolutely proud of its history. Both came together online a year or two ago when a Facebook page curated by a familiar name in the town for many years!

Let’s be frank, most local towns and villages nowadays tend to have at least one Facebook page, usually curated by a long-suffering page admin who has to referee ongoing scuffles concerning bad parking, dog fouling,  people asking questions like what time the supermarket opens or closes, why the air ambulance is flying overhead, who’s letting off fireworks and so on.

Such pages are usually a bit wild west in their content, but one local page concerning Stamford is different. Frank Newbon’s History of Stamford doesn’t feature the usual bickering, and instead chooses to celebrate the town of Stamford in all its pictorial glory as a repository for old photographs of the town, its architecture, old buildings, businesses and people.

It’s a glorious page, and though the curator of the site chooses to remain anonymous, its popularity is inarguable; it’s just about to gain its 7,000th member.

All well and good, but simply creating a page for local images and history still wasn’t good enough for Frank Newbon and his friends. Those who most affectionately champion the site wanted to give even more to the town than just a way to celebrate its history, and have started a campaign to raise £25,000 for a new outdoor gym on the town’s recreation area on the site of the old bowling green.

The curator of the page reckons that ‘people power’ can be a real force for good, and having seen the outdoor gym equipment at Rutland Water, and seen a debate on the page to the effect that the old bowling green site hasn’t been used for decades, suggested a crowdfunding venture to have the gym created.

The project is likely to cost £25,000 and already over £10,046 of that has been raised. A recent donation by Waitrose has swelled the coffers too. Donations can be made by searching for Frank Newbon’s Outdoor Gym at www.crowdfunder.co.uk, or by emailing community@franknewbon.com.

Meanwhile, as Frank Newbon was an established businessman in the town with a shop at 50 Broad Street, we thought we’d share a few other pictures of old shops and businesses in the town…