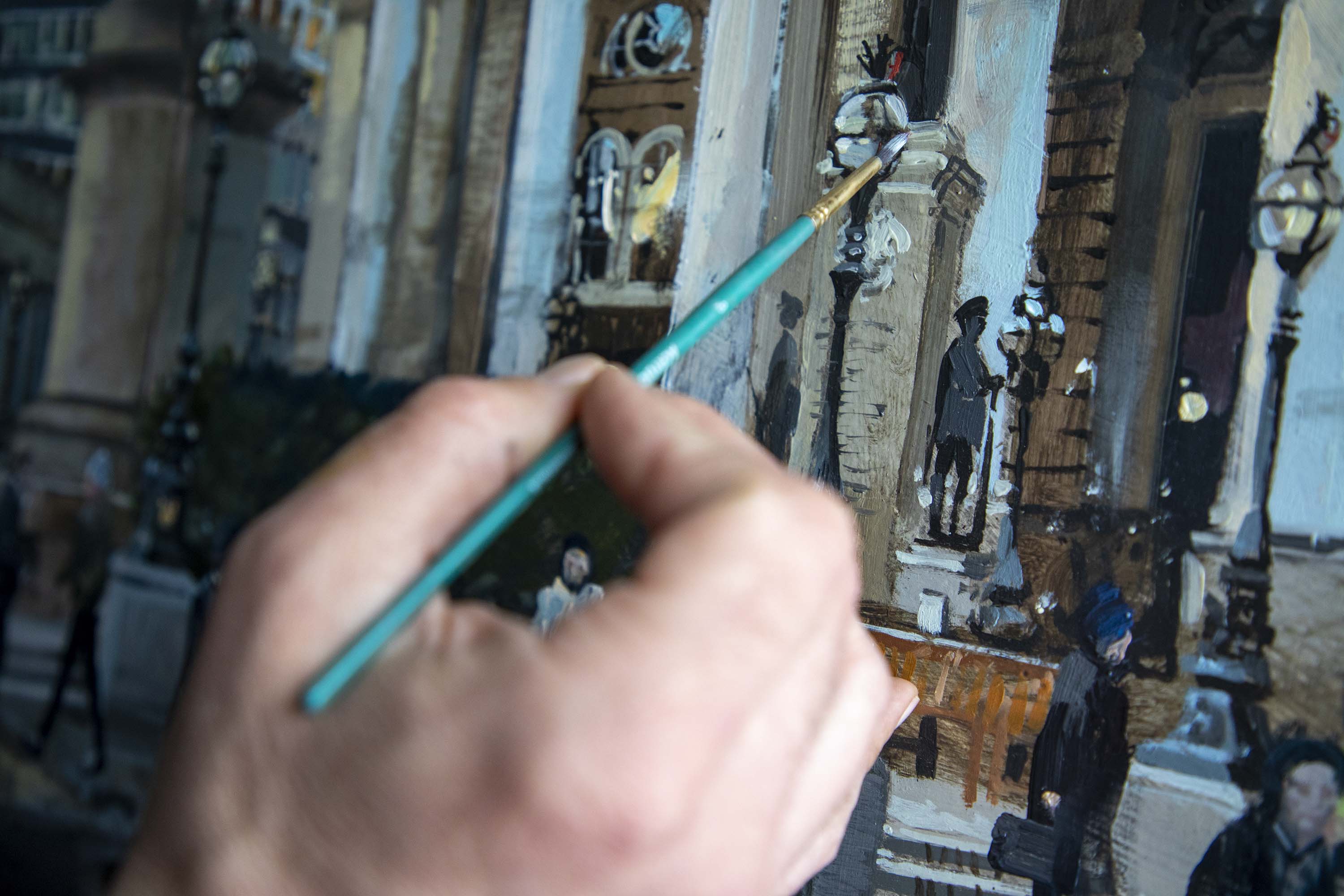 Above All Saints’ Street, through an open sash window, and in beautiful natural light, you might spy Stamford Artist Nick Grove applying the final brush strokes to one of his canvases… look out for his work in an exclusive exhibition in the town from late-May!

Sunrise in Norfolk, and Nick Grove stepped out of his sunshine yellow 1978 Volkswagen camper van, took a deep breath of coastal air, and set up his easel. It was the beginning of a new day and a new career, but it also represented a new chapter of Nick’s life following his pledge to be true to himself and follow a path he would enjoy, not one he’d endure.

About five years on, Nick is an established artist, specialising in oil paintings en plein air with the towns of Stamford, Oundle, Norfolk and London among his favourite subjects.

“My daughters are 10 and 14 respectively, and like all parents, you try to set them a good example,” he says. “I was schooled in Oundle, and completed a Fine Art degree, which was really inspiring. I began working as a fine art photographer and filmmaker, which I really enjoyed, but I always had a feeling that I should be doing something else, something more fulfilling.”

Because Nick was so in demand – and because he has industry awards to underwrite his talent – commissions for his photography kept coming in, so pulling back from his career to pursue another interest was hard. He still undertook wedding photography work until 2018, but was already finessing his techniques as a self-taught painter, soon becoming more in demand for his portraiture work, but also enjoying painting landscapes and streetscapes.

“I’m now based in Stamford and it’s a great muse. It’s a really beautiful town and I’m very happy to paint its streets as there are so many old buildings, with such wonderful architecture and so many great looking vantage points that almost seem to place themselves naturally into a composition.”

“I paint alla prima, which is to say ‘at first attempt.’ I’ll travel as lightly as possible and set up a travel easel on the street, then it’s a case of getting the initial composition down onto the canvas and blocking it in, working from left to right and slowly down the picture. You’d think that as photographer in my previous life I’d be happier to take a photograph of the scene to freeze it in time and provide an accurate point of reference… but in fact that’s the opposite of how I work.”

“I much prefer to be on the street, seeing how the light changes and watching people pass by. I complete as much as I can in the field and then finish off each composition in the studio.”

We might not be in Norfolk overlooking a seaside sunrise, but back in Stamford it’s just as pretty and a little bit warmer. So warm, in fact, that Nick has the sash window open and lots of natural light coming into the room. He’s accompanied, too, by Monty, his five year old Spaniel.

“Stamford is a fantastic place to paint and I often look out of the window and have that urge to just go onto the street there and then, and set up my easel. Each piece takes three hours at least, in the field, plus another few hours back in the studio, and I work exclusively in oils. I’ve already painted Broad Street, Ironmonger Street, Red Lion Square and the Meadows, but with different weather giving the town a different look throughout the year, Stamford is a location that keeps on giving.”

The sizes of Nick’s canvases range from around 10” x 12”, up to about 24” x 30”, and this month will see a brand new collection unveiled exclusively in Stamford at Adrian Hill Fine Art, based in The Mews adjacent to The George Hotel.

“There will be around 25 or 30 pieces, roughly half of which will feature Stamford.   I’m looking forward to attending a private viewing on 20th May immediately before the exhibition, and to my first solo exhibition in London in January 2023, and throughout the summer, I also hope I’ll be able to meet a few Stamfordians out on the street as I work!”

Find Out More: Nick Grove is a professional artist specialising in ‘en plein air’ streetscapes and landscapes. His work is on display at Adrian Hill Fine Art in The Mews adjacent to The George Hotel, Stamford from Saturday 21st – Thursday 26th May. For more information see www.nickgrove-artworks.co.uk or www.adrianhillfineart.com. 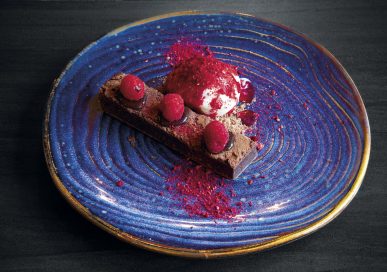 We’ve an absolutely fantastic recommendation for dining out this month in the form of The Millstone at Barnack. Having opened in...
April 8, 2022